← back to
Légère Recordings
Get fresh music recommendations delivered to your inbox every Friday.
We've updated our Terms of Use. You can review the changes here.

by The Unbelievable Two 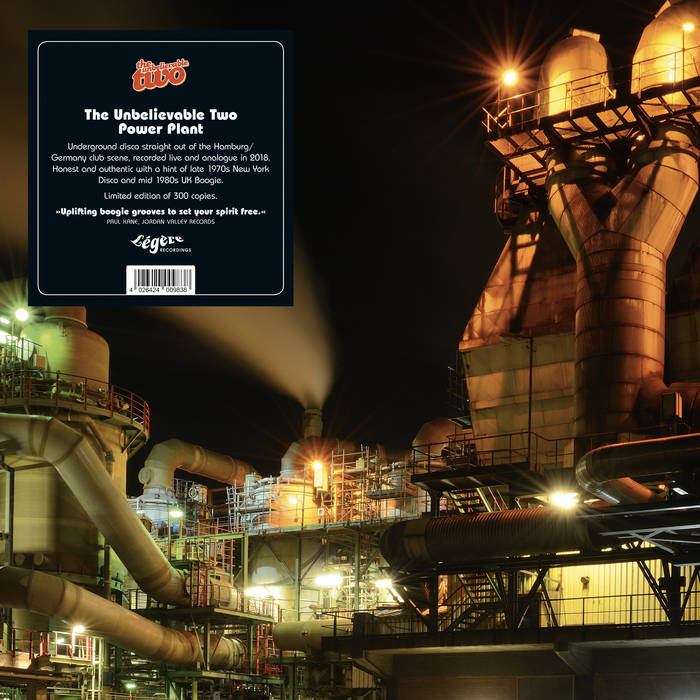 When The Unbelievable Two appeared on the scene in 2014, their pure underground, analogue boogie and disco sound mirrored what was going on in the vinyl infected bars and small cellar clubs in their hometown of Hamburg/Germany. “The Unbelievable Two” was inspired by the golden age of the genres, played live with skills and insight. Four years later, boogie and disco are all around us. So it is about time that these pioneers release their second album. Honest and authentic, “Power Plant” recalls late 1970s New York Disco and mid 1908s UK Boogie.

The Unbelievable Two still is Mzuzu and Mucka, who lead us through nine new songs of speedy disco, down low boogie and even some smokin’ reggae. Recorded in late 2017 and through the spring of 2018, “Power Plant” tells stories beyond the surface level. “Even though our music is purely instrumental, it doesn’t mean we haven’t got anything to say,” explains Mzuzu, a respected and well-travelled vinyl DJ on the Germany funk/disco scene. “Boogie and disco are a universal language. With the influence of Afro, Latin, Reggae, even European electronic music you do not need a lot of words to tell a story which gets everybody connected. These songs are about our friends, our everyday life, how we life and what we feel.”

Bandcamp Daily  your guide to the world of Bandcamp

The Hammer and The Relentless from the Boston band Malleus stop by for a chat.